The Many Sides of Longs Peak

It dominates the horizon in northern Colorado. It's been photographed by Ansel Adams, has been featured on the Colorado state quarter, and is the most-climbed fourteener in Colorado. At 14,259 feet Longs Peak is also the highest point in Rocky Mountain National Park, and is the only mountain in the park to exceed 14,000 feet.

The peak is named after Major Stephen H. Long who led an expedition across the Great Plains and along the base of the Rockies in 1820. While out on the plains the expedition could see the highest mountain in the northern range in the distant view.

John Wesley Powell, along with several others, would make the first ascent of Longs Peak in 1868. Powell, the one-arm Civil War General, would also become the first person to float the Colorado River through the Grand Canyon.

Longs Peak stands prominently in Rocky Mountain National Park, and can be seen from numerous locations around the park. Below is a series of photographs of the mountain from a few of those locations.

One of the best ways to see the mountain is to take the hike up to Chasm Lake or the Keyhole. Here's what you'll see after emerging from tree line: 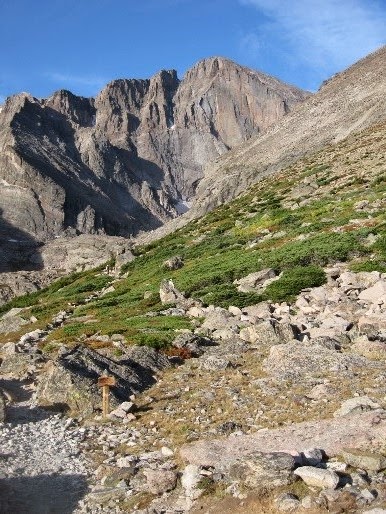 An early morning hike along the Bear Lake Loop provides an outstanding view of the mountain reflecting in the water: 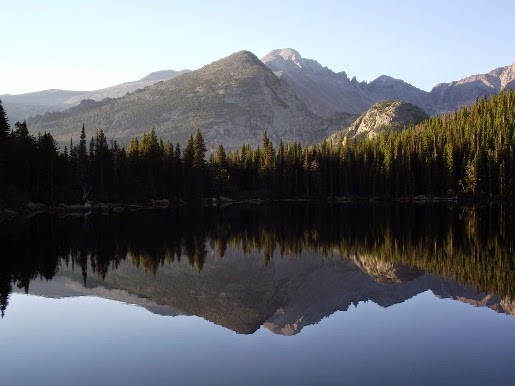 On the east side of the park there are three mountains that offer hikers the opportunity to see Longs Peak from a birds eye view. All three are relatively easy hikes. The first photo is from Lily Mountain: 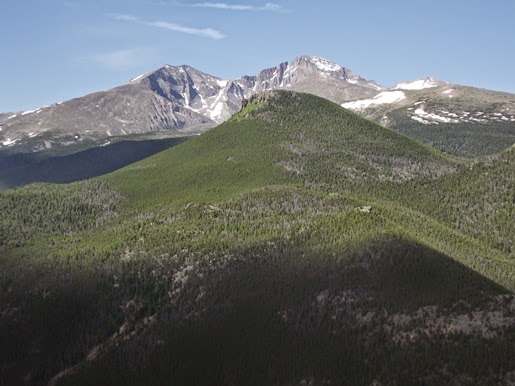 This photo was taken from Estes Cone: 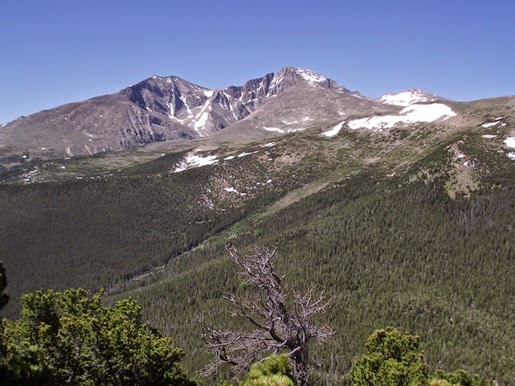 The last in this series is from Twin Sisters Peak. In my opinion, this mountain provides one of the best views of Longs Peak in the park. Unfortunately the image below doesn't really capture the scene in all its glory. This photo was taken with a 35mm camera, and then scanned: 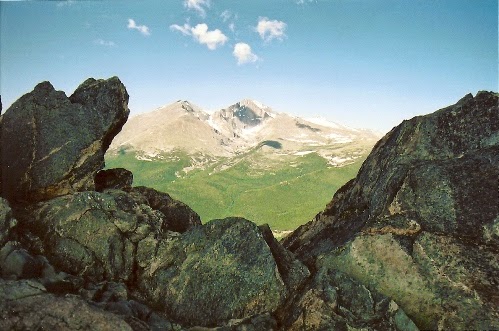 Just west of Estes Park is Deer Mountain. From the summit you'll have a tremendous view of the north side of Longs Peak: 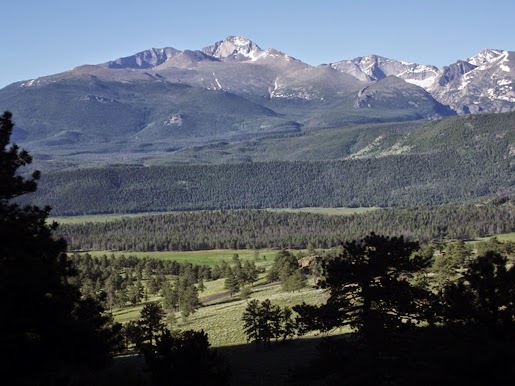 Nearby Lumpy Ridge Loop also provides an outstanding view of the regal mountain: 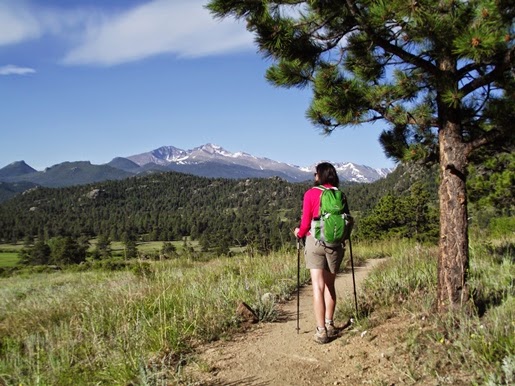 Lily Lake, on the eastern edge of the park - just south of Estes Park, is a very easy hike, perfect for the entire family. This pleasant hike also offers outstanding views of Longs Peak from its northern shore: 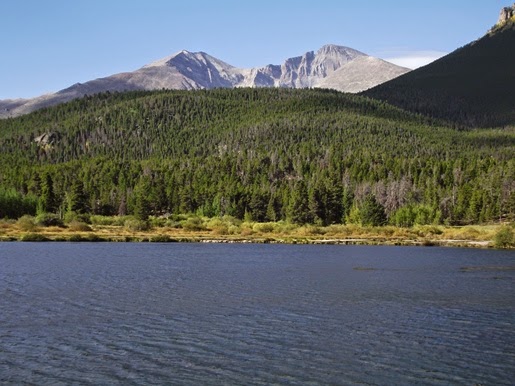 For the most part the trails in the Wild Basin area offer little in the way good views of Longs Peak. Mt. Meeker stands in the way in many places. Along the trail to Pear Lake, however, you'll reach a perch that offers a decent view of the mountain, peeking just over the left shoulder of Mt. Meeker: 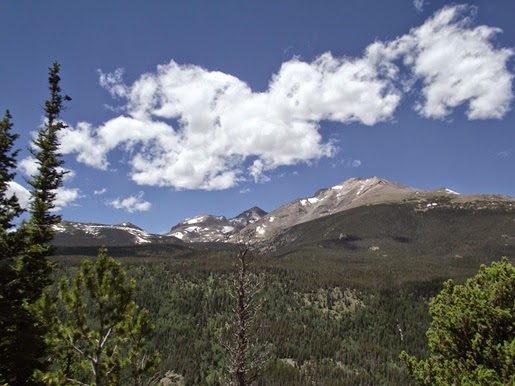 Trail Ridge Road also offers numerous opportunities for viewing the tallest mountain in the park. This includes points along several trails, such as the Ute Trail: 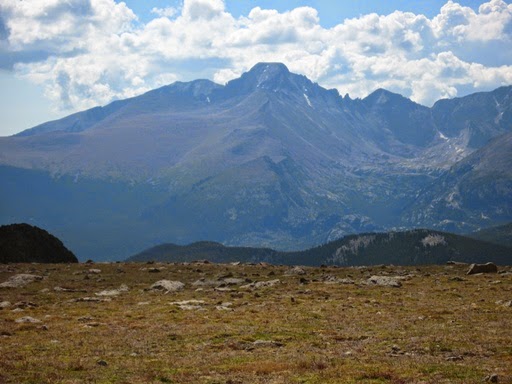 ....as well as the Tundra Communities Trail: 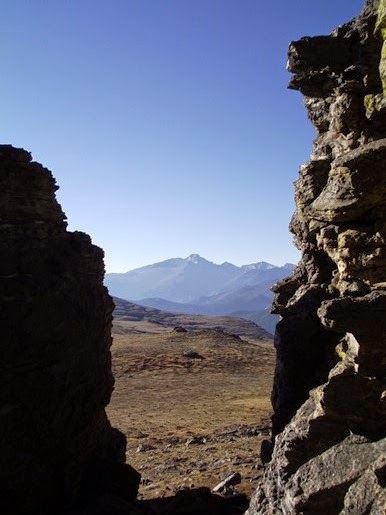 Finally, we'll share one last photo of Longs Peak. This was taken from Mt. Ida, roughly 12 miles away from Longs Peak - as the crow flies. Although the top of the peak was clipped by clouds in this photo, the views from Mt. Ida are quite stunning: 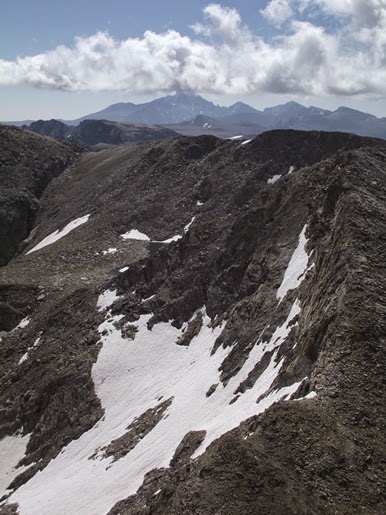