Have craft brewers jumped the shark?

I have a question for beer lovers and common sewers, I mean connoisseurs: Has the whole craft beer industry jumped the shark? 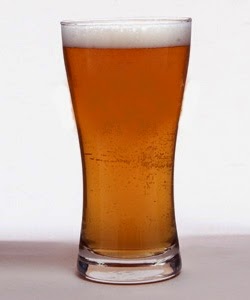 In recent years there's been a growing trend towards extreme levels of hops and flavors not normally associated with beer. Some of the flavors I've seen or heard about - that have gone way out on the limb - include chile peppers, avocados, coconut curry, oysters, pine needles and even smoked ham and bacon! Hey, I'm all for experimentation, but I think we've reached the point where brewmasters have become self-indulgent to a certain extent. To use a pop music analogy, it feels like the craft brewing industry is nearing the end of the disco era, or the "hair metal" band era of the late 80s.

To continue with the music analogy, I think we're approaching the point where we're going to have to take all those albums (funky beer recipes) up to Comiskey Park and burn them after a White Sox game to make my (our?) point. It's time to get back to the roots of great beers.

While sipping on a German pilsner last weekend I came to the realization that the Germans, English, Irish and the Belgian Monks perfected the art of beer making several centuries ago. The reason these traditional beer makers have survived all these years is because they have focused on flavor. Sadly, many American craft brewers seem to have abandoned this fundamental reason for drinking beer. I'm certainly not bashing all American craft brewers. There are many who are making some absolutely great beers, such as Anderson Valley's Boont Amber Ale and Brother David’s Double Abbey Style Ale, or Big Sky's Moose Drool, or Deschutes Brewery's Black Butte Porter, or Highland Brewing Company's Gaelic Ale, or Mt. Carmel Brewing Company's Amber Ale - to name just a few. Unfortunately, very few places sell these brews on tap, opting instead to sell the outrageous flavors of the month.

All I'm saying, is give taste a chance! Am I the only one going "against the grain"?