Help Build the Next 32 Miles of the CDT in Colorado

The Continental Divide Trail Coalition (CDTC), the lead National Partner for management of the Continental Divide National Scenic Trail (CDT) has launched a new Fundraising campaign through Indiegogo titled “The Next 32 Miles” to raise funds to construct a 32 mile non-motorized section of the CDT on the Rio Grande National Forest near Saguache, CO. 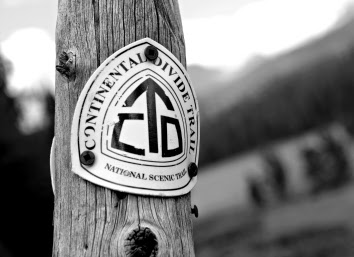 This project would allow the CDTC and partners, including local Youth Corps programs and volunteers, to complete one of the last remaining sections of the CDT in Colorado. When complete, this 32 mile trail section, which co-aligns with the Colorado Trail, will be a highly desirable, primitive back-country hiking and horseback riding experience.

The Continental Divide Trail is one of the few remaining ’wild’ places in our country, and was designated as one of America’s national scenic trails by Congress in 1978. However the Trail remains incomplete in many areas today. Colorado boasts over 800 miles of the CDT; New Mexico and Montana each host 750 miles; Wyoming, 610 miles, and Idaho 180 miles. Considered one of the greatest long-distance trails in the world, along with the Appalachian and Pacific Crest Trails, they make up “Triple Crown” of National Scenic Trails.

“The Next 32 Miles” launched on November 18, and raised over $10,000 in the first 48 hours of the effort. The goal is to raise $20,000 during the campaign, which will help the CDTC secure funds to obtain the entire project cost of $200,000, which is needed to build the 32-mile section within two years. The Campaign will run through January 2, 2015. More information can be found here.