Who Was The First Leader in Outdoor Gear and Apparel? 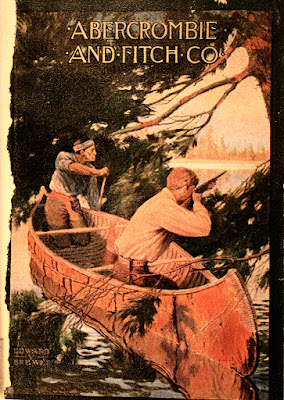 By 1917 the growing retailer moved into a 12-story building in Midtown Manhattan. Atop the building was a luxurious log cabin which served as a townhouse for Ezra Fitch. This lofty cabin would play an important role in the history of hiking in the Northeast. If you would like to learn more about the gear and apparel Abercrombie and Fitch sold through their first catalogs, as well as the crucial role the log cabin played in the development of the newly proposed Appalachian Trail, check out my new book, Ramble On: A History of Hiking, now available on Amazon: https://www.amazon.com/dp/1725036266/