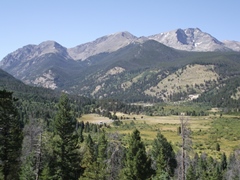 Old Fall River Road was built between 1913 and 1920. It is an unpaved road which travels from Endovalley Picnic Area to above treeline at Fall River Pass, following the steep slope of Mount Chapin's south face. Due to the winding, narrow nature of the road, the scenic 9.4-mile route leading to Trail Ridge Road is one-way only. Vehicles over 25 feet and vehicles pulling trailers are prohibited on the road.

From Chapin Pass hikers will have access to the outstanding Chapin/Chiquita/Ypsilon hike which takes hikers near the very top of the Mummy Range.

The Arapaho and Roosevelt National Forests and Pawnee National Grassland (ARP) is located in north central Colorado. The forests and grassland encompasses 1.5 million acres and extends north to the Wyoming border, south of Interstate 70 to Mount Evans, west across the Continental Divide to the Williams Fork area and includes short grass prairie east of I-25. Below is a short video produced by the ARP which highlights some of the recreational activities available on national forest lands:

“By designating these new National Trails, we recognize the efforts of local communities to provide outdoor recreational opportunities that can be enjoyed by everyone,” said Jewell. “Our world-class network of national trails provides easily accessible places to enjoy exercise and connect with nature in both urban and rural areas while also boosting tourism and supporting economic opportunities in local communities across the country.”

“The network of national recreation and water trails offers expansive opportunities for Americans to explore the great outdoors,” said Jarvis. “With summer here, I hope everyone will take advantage of a trail nearby to hike, paddle or bike. It’s a great family outing and an opportunity to fill your lungs with fresh air and enjoy the beauty of the world around us.”

National Recreation Trail designation recognizes existing trails and trail systems that link communities to recreational opportunities on public lands and in local parks across the nation. Each of the newly designated trails will receive a certificate of designation, a set of trail markers and a letter of congratulations from Secretary Jewell.

For more information and a list of the new trails added to the system, please click here.

Colorado Parks and Wildlife, the Bureau of Land Management, and the U.S. Forest Service are seeking public input on draft alternatives for the management plan revision for recreation use along the Arkansas River. The public comment period closes on June 22, 2016. 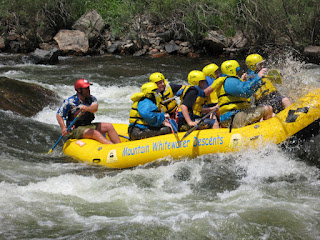 The AHRA partnership is looking at three main alternatives when considering changes to the management plan: Alternative 1 would generally increase development/visitation to a small degree, Alternative 2 would increase development/visitation to a much larger degree, and Alternative 3 would keep things the same (no action). These alternatives were developed based on comments received during the scoping period as well as through input from agency staff. The partnership is seeking additional public feedback on these alternatives in order to develop an environmental assessment, which will include a preferred alternative. The preferred alternative could include elements of any of the alternatives. It is anticipated that the draft environmental assessment will be available in Fall 2016.

The Arkansas Headwaters Recreation Area Management Plan provides a framework for managing numerous and often conflicting recreation activities along the 152-mile river corridor. The AHRA partnership manages river-based recreation through Browns Canyon National Monument. The BLM and USFS manage 21,589-acre Browns Canyon National Monument, which was designated in 2015. The Arkansas River is the most commercially rafted river in the United States, drawing nearly 240,000 (1) commercial boaters and resulting in an economic impact of more than $60 million (2). The Arkansas Headwaters Recreation Area is also popular for camping, wildlife watching, gold panning and numerous other river-related recreation activities, including its Gold Medal Trout Fishery.

The current AHRA Management Plan can be found here.

Sightings of mountain lions are becoming more common in Colorado as more people move into and recreate in their habitat. Colorado Parks and Wildlife says that while attacks by cougars on people are exceedingly rare, the agency still advises exercising some caution.

Mountain lions can move significant distances while seeking prey, explained Conrad Albert, a district wildlife manager in the San Luis Valley. So it’s not unusual for them to be spotted in urban and rural areas.

“Most times they are just moving through in their pursuit of deer, their primary prey,” Albert said.

Conflicts between humans and cougars are rare. The most common problems occur when they prey on pets or farm animals. If you live in mountain lion habitat, follow these tips to avoid interactions with lions.

◾ Hiking: Hike with a partner, carry a pole or stick, and make some noise as you're moving along. When hiking with children keep them close. Because lions are most active at night, be most cautious when hiking at dawn and dusk.

◾ If you see a cougar: Most people never see a mountain lion. Those that do usually catch only a fleeting glance. Here are some tips if you do come into close contact with a lion: don't run because that action can trigger a lion's predator response; raise your arms over your head and make yourself look big, then back away slowly; talk to it firmly in a loud voice; if possible throw a stick or rock at the animal.

◾ Children: Tell children to play close to the house, especially at dusk; tell them to go indoors if they see a mountain lion; tell them to make themselves look big and to yell at the lion.

◾ Around the house: Clear brush away from buildings and the yard to eliminate hiding places; install motion detectors for night lighting. Do not provide food for any wildlife―even a bird-feeder can attract deer and raccoons, which, in turn, can attract cougars.

◾ Pets: If pets are outside unattended, they should be kept in an enclosed pen; pets should be brought indoors at dusk; don't allow pets to roam free—they might become prey or they could chase and injure wildlife.

Check out this informative video about mountain lions from Colorado Parks and Wildlife:

Clif Bar has not received any reports of illness; however, the company is initiating the voluntary recall in an abundance of caution.

Only the flavors meeting the following criteria are affected by the recall:

Pictures of the products listed above are available here.

Listeria monocytogenes is an organism, which can cause serious and sometimes fatal infections in pregnant women, young children, frail or elderly people, and others with weakened immune systems. Although healthy individuals may suffer only short-term symptoms such as high fever, severe headache, stiffness, nausea, abdominal pain and diarrhea, Listeria monocytogenes infection can cause miscarriages and stillbirths among pregnant women.

People who have purchased any of the above products are urged not to consume the products and to destroy it. All retailers who received the products are being contacted. Any questions can be directed to 1-888-851-8456. Details also can be found here. Clif Bar is consulting with the FDA on this voluntary recall.

At approximately 3:10 p.m. yesterday, June 3rd, members of a military group that required assistance during a training climb were flown from the summit of Longs Peak. There were initially ten members in the original group, an eleventh person affiliated with the military went up to assist them. They did not require any medical treatment from park staff. 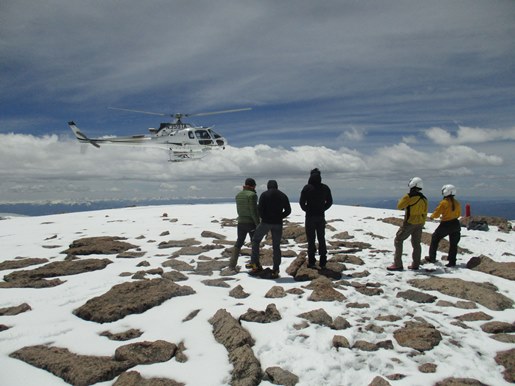 Late night on Thursday, June 2nd, Rocky Mountain National Park staff were notified that a group of ten people were requesting assistance on Kiener's Route on Longs Peak. The group consisted of a variety of military personnel affiliated with Fort Carson. This group was involved in a climbing training. A few members reported having some degree of distress and were having difficulty continuing up the route. The group was not planning to over-night in the area. The group continued to self-rescue by assisting each other to climb to the summit of Longs Peak.

Park rangers planned and conducted evacuation efforts from the summit of Longs Peak via helicopter. Fortunately weather conditions were conducive with these efforts. Park rangers were also planning to assist the group to the summit, if needed. There were forty-three park personnel affiliated with this incident. 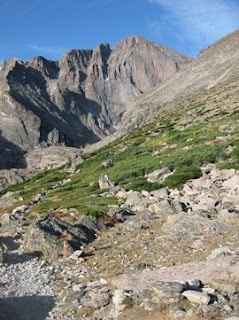 Late last night, Rocky Mountain National Park staff were notified that a group of ten people were requesting assistance on Kiener's Route on Longs Peak. The group consists of a variety of military personnel affiliated with Fort Carson. This group was involved in a climbing training. A few members reported having some degree of distress and were having difficulty continuing up the route. The group was not planning to over-night in the area. The group continues to self-rescue by assisting each other to climb to the summit of Longs Peak.

Park rangers are planning evacuation efforts from the summit of Longs Peak via helicopter, weather and conditions permitting. Rangers are also planning to assist the group to the summit, if needed.There are forty-three park personnel affiliated with this incident. Helicopter operations have taken place within the last hour to help with reconnaissance efforts.

Colorado Parks and Wildlife is partnering with the city of Colorado Springs and 22 other agencies, non-profits and outdoor-focused businesses to expose urban young people and families to some outdoor recreation opportunities they may not know they have access to in and around Colorado Springs.

The event will offer attendees the opportunity to experience archery, fly fishing, standup paddle boarding, canoe/kayaking, rock climbing, ATV riding, mountain biking, and much more. These will be hands-on experiences led by the businesses and organizations that provide, outfit or guide these activities. All demonstrations and activities are free and attendees can register to receive some great prizes from the participating businesses.

This Get Outdoors Colorado Springs event is happening June 4, from 9 a.m. to 4 p.m. on the west side of Memorial Park, and is part of the state-wide Get Outdoors initiative that seeks to inspire people to get healthy by spending time recreating outdoors. It also coincides with free fishing weekend. CPW will be giving away fishing poles to the first 1,000 kids.