Wildlife activity during stay-at-home order: what to expect

Are people seeing more wildlife moving into neighborhoods and parks vacated by people during Colorado’s stay-at-home order? Or are people simply seeing wildlife that’s always around during hours when we are typically at work? A Colorado Parks and Wildlife biologist says the human quarantine would have to continue for years to get wildlife to truly change their behaviors.

CPW has not noticed wildlife activity outside of normal behavior since people began sheltering in place. It will be hard to make any inferences in the short term. 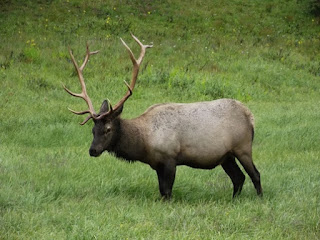 “I think you are going to have short-term movements, but you likely will not see anything drastic,” explains Shannon Schaller, the Senior Wildlife Biologist for CPW’s northeast region. “It takes a while for wildlife to figure it out. It’s an over-time, repeated and learned behavior that generally has to become habitual. I don’t see any real changes coming for wildlife, although individual animals or species are going to be opportunistic.”

In principle, if parks, trails or open spaces are crowded with people, wildlife will go to areas with less disturbance. If urban areas, parks or open spaces that provide food, shelter or water are quiet, you could see wildlife utilizing those areas more.

“Wildlife learns to adapt to what we are doing and as we change,” Schaller said. “Whether that is being outside more, concentrating in places where we leave trash, or because we avoid an area, then they learn to adapt to that. I would not say that all species adapt instantaneously, it is a learned thing over time, but clearly most wildlife would like to avoid confrontation with people."

“They do learn to enjoy the benefits people sometimes provide, like illegally leaving out food,” she continued. “But as we slow down or even eliminate our activity in certain areas and they feel the comfort of being able to hunt, eat or rest because we are not there, that’s logical.”

What could be expected given current affairs is that there will be more wildlife observations than what normally takes place. With more people at home looking or being outside, wildlife sightings could go up. This won’t be a new phenomenon, the animals have always been there, but they may have previously gone undetected.

“In Summit County when I got calls about wildlife, most often it was from people who were at home and not working,” said Schaller, recalling her previous days as a wildlife officer. “If you sit at home and now have more eyeballs looking at our neighborhoods and across the landscape, it probably is not an increase in anything, it is just now you are home to see it or have the time to sit and watch.”

CPW does not recommend people report normal wildlife sightings - such as expected behavior of feeding, resting or moving across the landscape - and asking our wildlife officers to respond unnecessarily. Given current affairs, we should not be responding to what is normal behavior. Those calls tie up dispatchers and/or wildlife officers for what otherwise should be for emergency calls only.

“Clearly something like a mountain lion or bear is something they should call on, especially if it is in close proximity to humans,” Schaller said. “Protect your pets from interacting with all wildlife, do not approach wildlife and leave any newborns you see alone - 99 percent of the time they are not orphaned if their mother is not right there with them."

People should enjoy the times they get to watch wildlife from safe distances. Colorado’s wildness is a part of what makes our state so great.