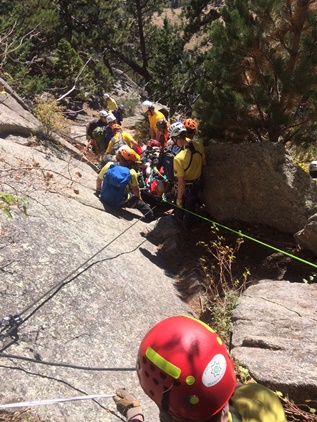 At 6:15 p.m. on Saturday, September 19th, park rangers were notified by climbers who witnessed a man take a tumbling fall from the summit of Batman Rock to the base. The 24 year old male from Vancouver, British Columbia was hiking and scouting several climbing routes. He was standing near the edge when he slipped. He was not roped in.

Park rangers reached the man an hour later. The man did not have life threatening injuries but was not ambulatory. Park rangers spent the night with the man and operations to evacuate him began on Sunday morning. The technical rescue took place over steep and rocky terrain.